THIS IS MY HEART SPEAKING

Listen to ‘This Is My Heart Speaking’

Dutch singer-songwriters Helen Botman and Peter van Vleuten are presently touring the Netherlands with their acoustic theatre show ‘Love Letters’. On January 30th, they will be releasing their single ‘This is My Heart Speaking’, one of the pinnacle songs from the Love Letters show. Botman & Van Vleuten co-wrote the song, like they did for their first single ‘Words, Lines & Letters’, that was released in September 2019.

About the song
‘This is My Heart Speaking’ is about the thoughts and feelings that will cross your mind when writing a letter to a loved one. The song develops from a small and personal chanson d’amour into a power ballad that showcases Helen’s vocal talent and expression, before returning to the quiet intimacy it started out with. Some have compared her voice to Sara Bareilles, Adele and Eva Cassidy.

Discography
Botman & Van Vleuten have been performing together for almost ten years, while also working on separate projects. Helen Botman released her first solo single ‘People’ in 2015, followed by her self-penned EP ‘I Sing’. Earlier, Peter van Vleuten presented his first solo album ‘Once Upon a Song’. Together, they released the album ‘Great Stories’, comprising original songs as well as songs by Leonard Cohen, Randy Newman and Dolly Parton.

‘This is My Heart Speaking’ will be available worldwide for streaming on all major platforms from January 30th.

Listen to ‘This Is My Heart Speaking’

LYRICS This Is My Heart Speaking (PDF) 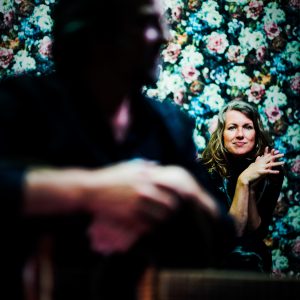 You are free to use these photos digitally with our and the photographer’s permission as long as you include photographer’s credit and please send us a link at contact@botmanenvanvleuten.nl to where they are being used.